Have A FaBOOLous Halloween 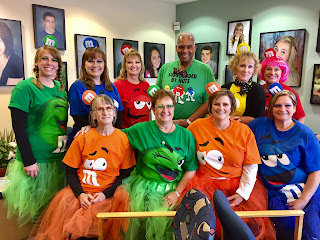 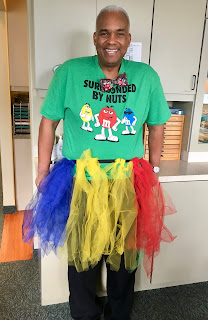 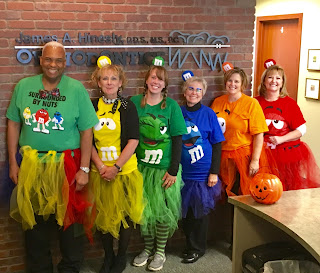 Posted by Hinesly Orthodontics at 4:01 PM No comments: 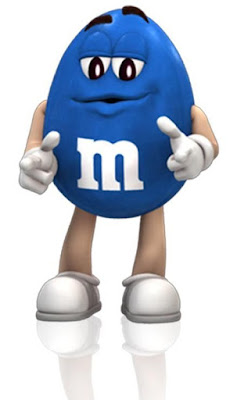 This Halloween the blue M & M’s will be difficult to find. In response to growing pressure from consumers across the globe, MARS (the maker of M&M’s), announced in February that over the next five years it would remove artificial colors from the processed foods it makes for human consumption. Pigments found in natural substances would take their place. MARS has joined a growing list of global food manufacturers removing artificial dyes from some or all of their products. The companies include Nestle’ USA, General Mills, Kraft, Frito-Lay, Campbell’s, Kellogg’s and Mondelez International, the makers of Oreo’s, Tang and Sour Patch Kids.

The challenge for MARS is the color “blue”. Blue is a rarity among plants and animals. When blue does occur in nature it often is not truly blue but rather a trick of diffraction or the scattering of light; which is the case for bird feathers, sky, water and iridescent butterfly wings. A blueberry is actually more red than blue when you mash it.

The orange glow of Krafts revamped macaroni and cheese now comes from paprika, turmeric and annatto; a coloring extracted from tree seeds. General Mills experimented with 69 different natural dyes before it released a naturally colored Trix.

One would think that it would be relatively simple to find “blue”. In 2013 MARS began experimenting with the microscopic algae spirulina to make the first natural blue dye approved for use in the US. The problem is it is the incorrect blue, the color degrades and fades. So researchers are still looking everywhere for naturally occurring blue pigments. They have found a berry in Central & South America, the huito, a blue gardenia flower, red cabbage, aged red wine, a bacteria used to make swiss cheese, the Japanese Kusagiberry, butterfly pea-flowers and tree root fungi. All of that for the blue M & M. Let’s hope it tastes as good as the red ones.


Posted by Hinesly Orthodontics at 9:19 AM No comments: